The BitSoil Popup Tax & Hack Campaign is an internet based installation that deploys its activity both online and offline. It’s an interaction between a troupe of happily strolling social media bots on Twitter and an offline interactive installation, geared as a critical tool to restore a fair balance to the digital economy and its tendencies to concentrate wealth in the hands of a few big tech companies.

In recent years, major big corporates like Google, Apple and Facebook have profited from the business model of providing free services in exchange for user data. This model is now broken. The value of user data has outstripped the value of free services. These companies’ profits continue to increase, as their ability to know more about their users increases and this becomes more attractive to advertisers and other third parties. This new oil, the user’s data, or “bitsoil” as we coined it, has up until now been freely given away without any thought to the value of this data and who benefits from it. What if this wealth is tapped again and returns to its instigators, the crowd for instance? How can we transform bitsoil into a fair welfare system that turns the bitsoil resource into a universal redistributing mechanism? And if it were enough to levy a tax on the exploitation of bitsoil? Why should corporates get a free ride on assets generated by all of us?

The BitSoil Popup Tax & Hack Campaign is part of on an ongoing project bitREPUBLIC, that seeks to redefine and redesign tools for an open, artificial, DIY framework which aims is to guarantee those disenfranchised, displaced or excluded, an unconditional right to socio-economic inclusion, restoring, beyond the control of states, some actual shortcoming on the refugee status as, for instance, the right to move freely and to work. The BitSoil Popup Tax & Hack Campaign aims to mobilise users of social media platforms to claim a micro tax on their data and therein make a call for a fair distribution of the wealth of the digital economy.

In essence, the campaign claims a tax on user’s data for a new vision of redistribution of wealth. For the campaign, we will set up a vpn network and IBM’s, AI-Watson application builder to train an army of tax-collector bots to detect and collect bitsoils on the data produced by users on Twitter. This triggers a tweet with a video that pops up on the user’s account and redirects him to the online platform of the campaign were a bot invites him kindly to participate in the redistribution of wealth asking him to generate his own tax collector bot and to join the army of tax bots that troll tech companies with tax claims.

Online, on the BitSoil platform, the user is indeed invited to do several actions, from gathering information on the BitSoil tax campaign, to generate his own tax collector bot (or bots); tailored with a set of actions to perform, as for example, sending at regular intervals a tax claim postcard to the CEO’s of the top 10 biggest tech giants, or to the Prime Minister of Finance of his choice or to invite his friends to join the campaign.

TAKE PART OF THE REDISTRIBUTION

Each action on Twitter during the campaign, triggers offline one tiny ticket receiver of the bitsoil installation, assigning ad random a micro amount of bitsoils to a wallet of a participant of the campaign. On each ticket printer, lined up around a datacenter, the visitor can follow the production of bitsoils generated by users’ activities and their bots on Twitter. With the installation, the physical and virtual blend into each other. Visitors are part of and are asked to participate and to follow up the redistribution of bitsoil, the digital capital of the data economy.

Each wallet stands for a citizen of BitREPUBLIC. Here the technology is involved as a critical tool to recover basic rights to a certain extent and to spread prosperity beyond national and international prevailing systems. By means of a new taxation system one searches for a way to redistribute internet wealth in a society of equals, regardless of origin, gender and other characteristics of the individual. 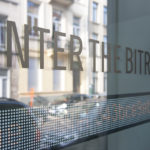 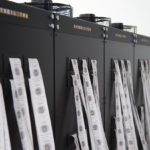 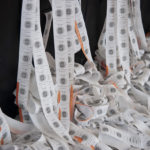 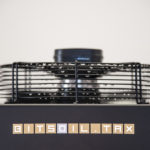 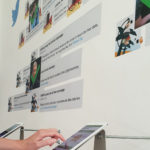 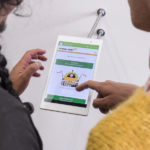 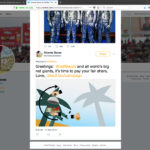 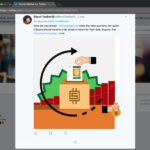 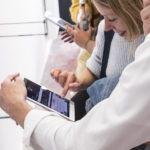 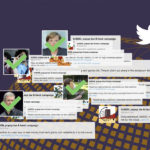 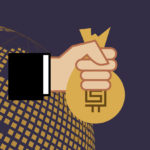 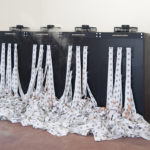