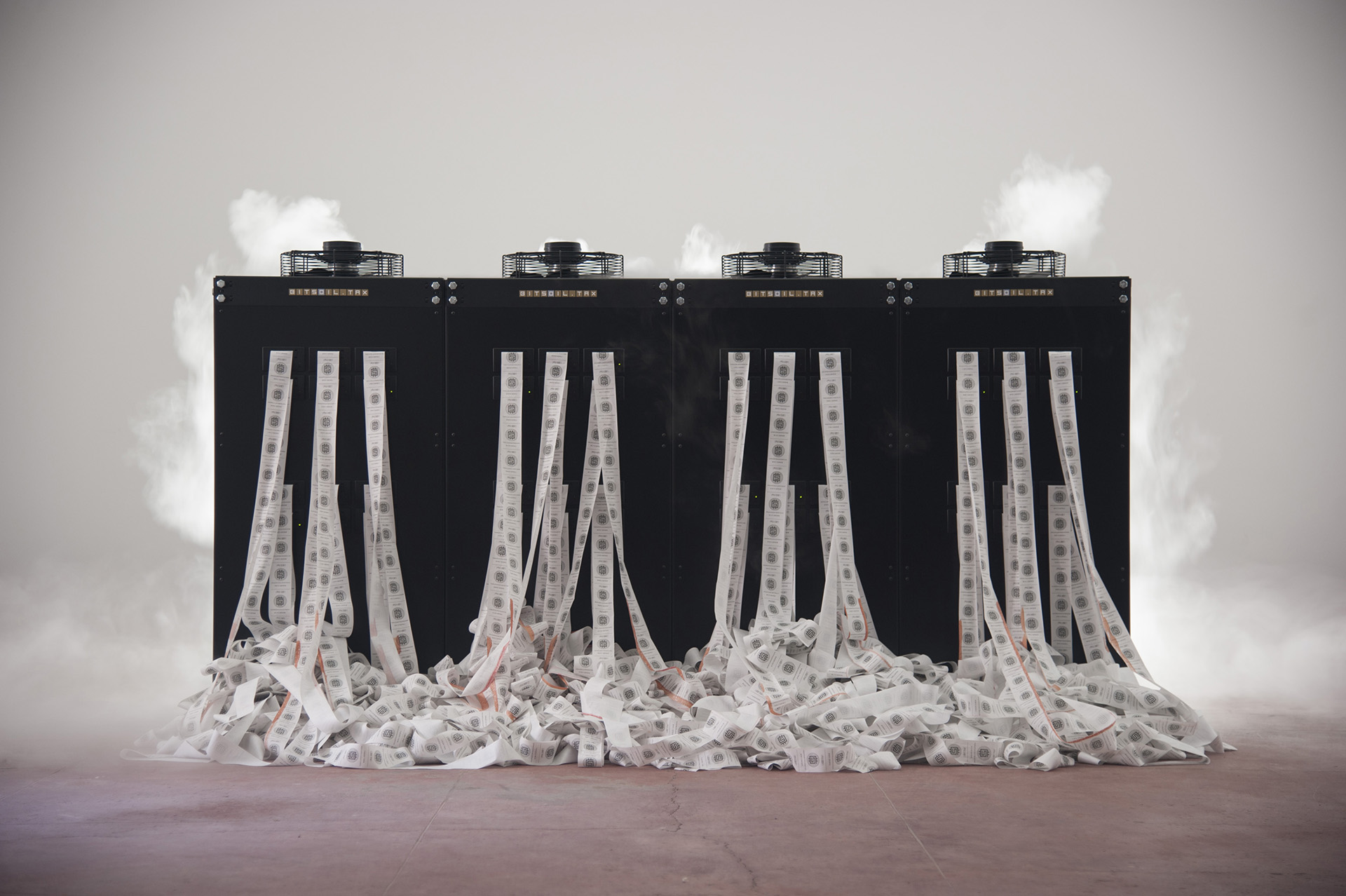 The bitsoil popup tax and hack campaign @ Gluon in Brussels

The Bitsoil Popup Tax and Hack Campaign will soon be exhibited @ Gluon’s Art & Tech Hub. The work consists essentially of a campaign on Twitter led by a troupe of happily strolling social media bots trained to send digital tax-claim postcards to world leaders. The aim is to return the value built up on users’ data by the data economy into hands of the anonymous mass of internet users.

Central to the project is the bitsoil hypothesis; data are the new ‘black gold’ of the internet economy and up until now not enough thought has been given to questions regarding the distribution of this wealth that is currently concentrated in the hands of big tech companies such as Facebook and Google.

The project combines online and offline spaces that flow into each other to create the BitREPUBLIC, an environment where bitsoil is redistributed across its citizens, the participants in the campaign. An online army of happily strolling bots detects tweets related to the topic of the campaign and subsequently asks the user to participate. The offline installation consists of a series of block-modules that serve as a data center processing and redistributing bitsoil that was mined by Twitter bots.