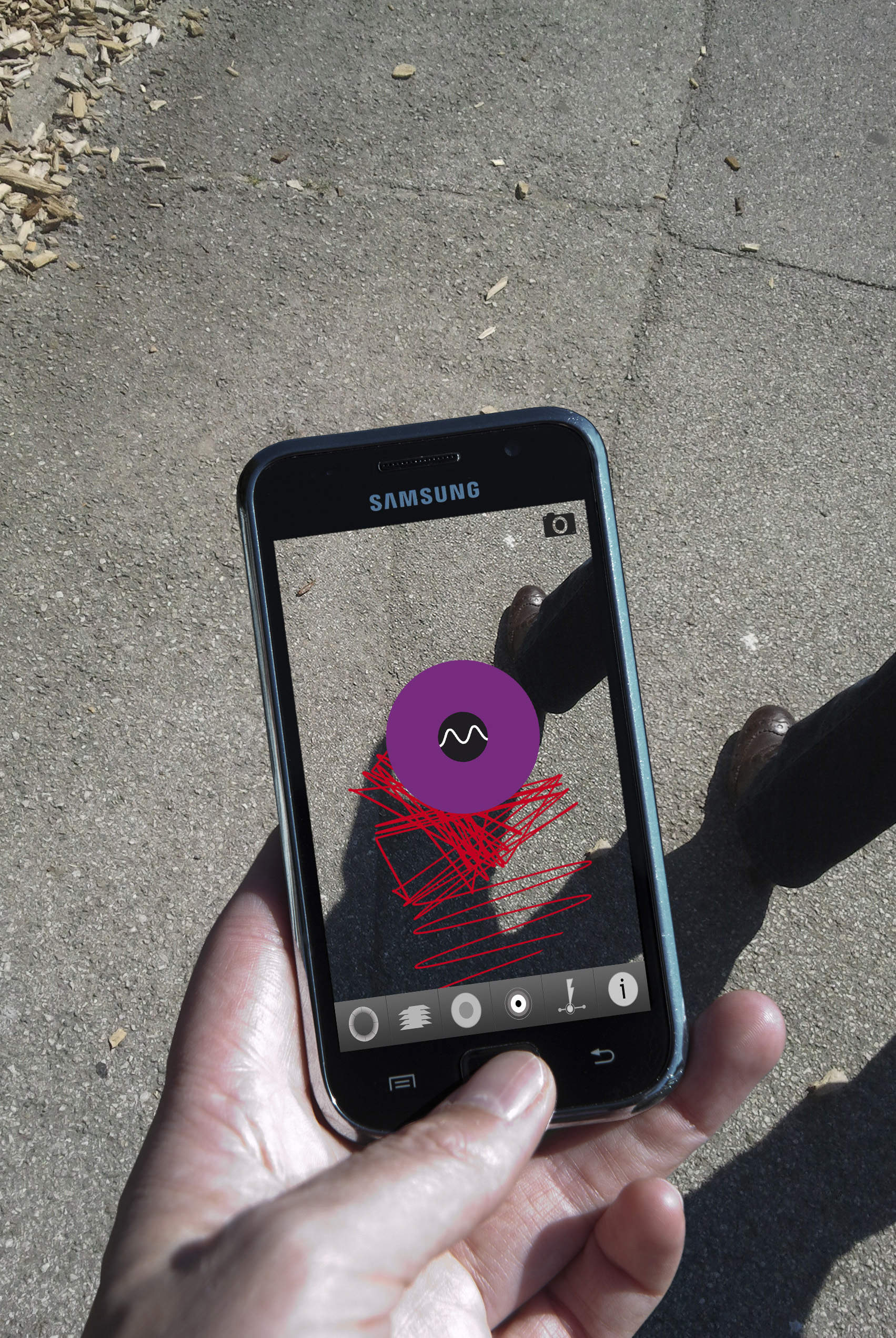 The research platform LarbitsLab from Brussels has been invited by the organizers of the conference HyberUrbain.4 on Hybrid Mobility in Valenciennes, to present its project the Flanograph. The Flanograph is a mobile application for smartphones, based on augmented reality, which captures, stores and reproduces patterns of movement – digital tracks – by registering a number of sensory data. Hereby, the urban environment is not perceived solely through the eye of the camera, but by using a complex of sensors a wide range of physical and social processes – including sound and windspeed on one hand and breathing and heartbeat on the other – is registered. These processes are analysed and converted into visual narratives.

The Flanograph is being developed as a choreographic measuring mechanism that is part of the theories of the scientists and Nigel Thrift and Nanna Verhoeff. Nigel Thrift argues in his Non-Representational Theory: Space, Politics, Affect that space is quantifiable and qualified.

The study of the British scientist deals with a new understanding of time and space, derived from the rise of digital data. Thrift notes that new media technologies have a significant impact on the perception. Moreover, movement is created by a continuous influx of calculated data. According to Thrift, the digital rationalization of real circumstances enriches rather than simplify reality. In fact, there are new ways created to gain insight in the world. In her study Mobile Screens, The Visual Regime of Navigation Nanna Verhoeff stresses the importance of mobile screens, which allows a new experience of the environment, including the whole body in the process of making space. Indeed, mobile screens offer a fundamentally different observation, as one has no longer a fixed point of registration, but instead a mobile element, carried by the user. In this way, the smartphone becomes a display that registers movement, in which every sensor notices and stores specific data. Through this, the spatial environment is been defined in a new way.

The Flanograph incorporates the ideas of Nigel Thrift and Nanna Verhoeff in a new architectural technological concept. Thrift makes it clear that in the light of technological developments, new elements of calculation, which he calls qualculation, can be developed, in which each entity can be incorporated into an overall architecture of positioning. Measurability is a dynamic concept. Calculations have become operational in a natural order of things. On the other hand Verhoeff puts an emphasis on performative cartography, drawn from the kinetic properties of the move within the geographical and social fabric. For Verhoeff no longer the camera, but the overall concept of the smartphone, including display and software, forms the window on the world, along with the interaction between device and user and the pathways that are being made. By combining these elements, the Flanograph becomes a choreographic narrative measuring-system, consisting of a sequence of registrations.

HyperUrbain.4 is an initiative of CITU-Paragraphe (University of Paris) and the Laboratoire DeVisu (Université de Valenciennes et du Hainaut Cambrésis).